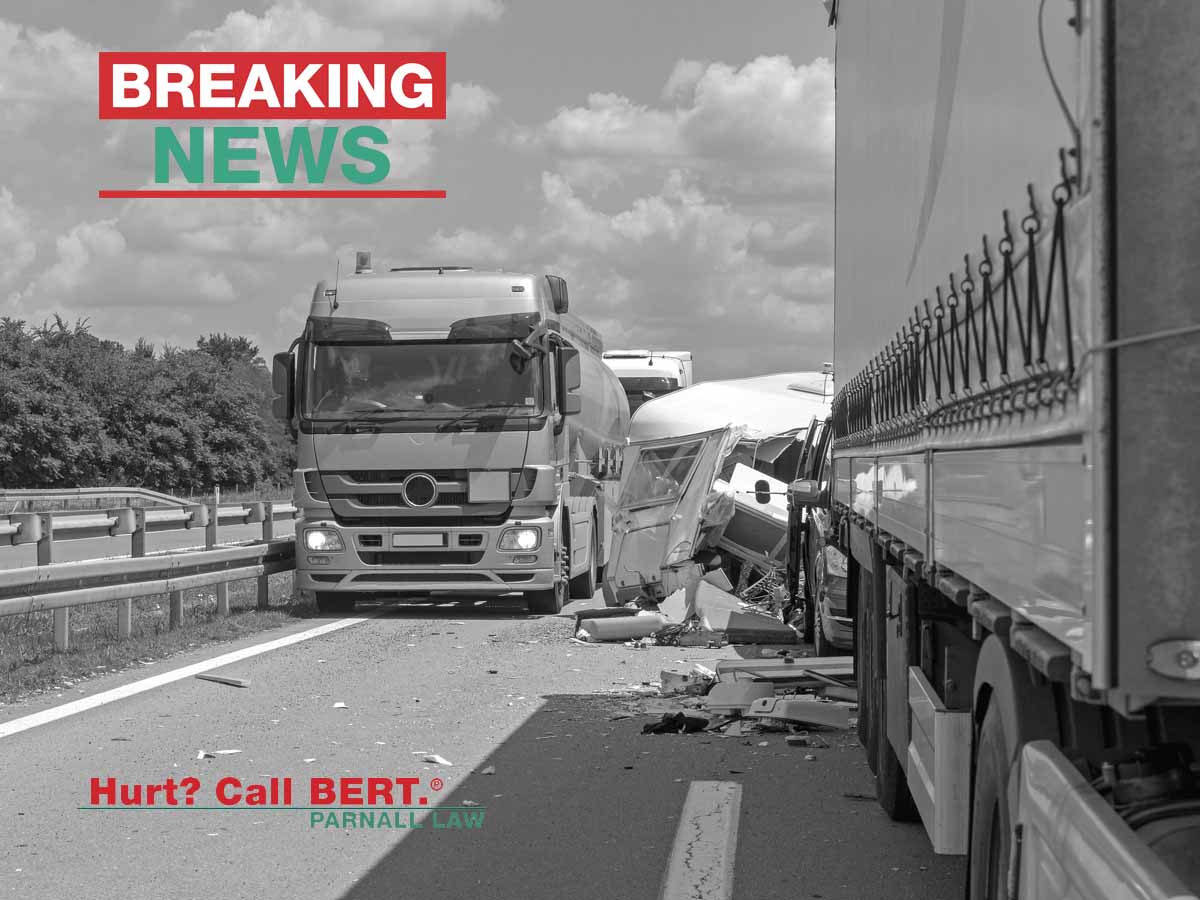 ALBUQUERQUE, NM — A man was fatally injured Saturday when his tractor-trailer hit another big rig on Interstate 40 in west Albuquerque, reports KRQE.

The New Mexico State Police responded to the scene on the eastbound interstate at Unser Boulevard, shortly after 5:00 p.m.

An early investigation shows a tractor-trailer and a Kia Sportage were stopped near a construction zone when the tractor-trailer was hit from behind by the victim’s truck. The stopped truck was then pushed into the Kia.

The causing driver, 57, was rushed to an area hospital, where he later died.

The state police said the other truck driver was transported to a hospital with minor injuries.

No injuries to the Kia’s two occupants were reported.

Authorities said they do not suspect impairment contributed to the fatal wreck. All those involved were also found to have been properly secured in seat belts at the time.

Have you been hurt? Then call Bert! At Parnall Law, our dedicated team of New Mexico truck accident lawyers is here to help people in your situation fight for the best possible outcome. If you have been injured in a truck crash caused by a negligent driver, contact us today at (505) 985-5355 or fill out our online form to schedule a free review of your case.