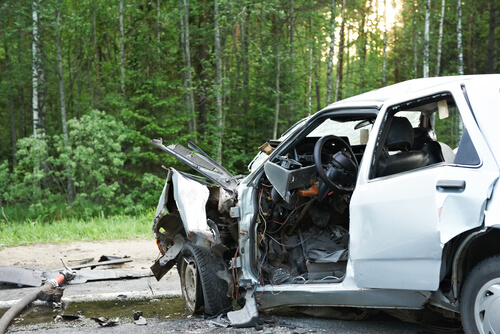 Despite its relatively small population, car accidents happen all-too-frequently across New Mexico. Albuquerque is no exception. According to the New Mexico Department of Transportation, there were nearly 50,000 crashes during a recent year. These crashes were responsible for 425 deaths and 20,415 injuries. Many of these accidents happened on Albuquerque’s three interstates or another large highway. When higher speeds are involved, collisions can result in devastating consequences.

You might be owed compensation, and we are ready to fight for what you may be owed. We offer a 30-day client satisfaction guarantee, something you won’t get from just any injury lawyer. To learn more about how we can help you with your interstate accident case, call any of our New Mexico offices, visit our contact page, or talk to one of our live chat agents.

How Parnall Law Firm Can Help You

Here are some of the ways an interstate accident lawyer in Albuquerque with Parnall Law Firm can help you:

There are three main interstates connecting New Mexico to the rest of the country, two of which run through Albuquerque. The New Mexico interstates are:

Crash data from the New Mexico Department of Transportation shows that nearly one-third of all fatal crashes (32.8 percent) and almost half of all injury crashes (47.9 percent) occurred in Highway Maintenance District 3. This area includes the intersection of I-40 and I-25 in Bernalillo County.

Types of Interstate and Highway Accidents

Interstate and highway accidents in New Mexico are far too common. And they’re dangerous. Here are some of the crash types we see often:

Contact an Interstate and Highway Accident Attorney in Albuquerque

You generally only have three years from your highway accident to file a personal injury lawsuit, but crucial evidence can disappear or deteriorate much faster than that. Act quickly if you want full compensation for your injuries. At Parnall Law Firm, we’re ready to help today. Get a free initial consultation from Parnall Law now through our contact page.