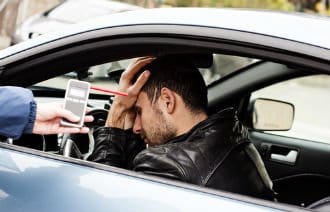 A recent study by the National Academies of Sciences, Engineering and Medicine recommends that all states should lower the presumptive BAC legal limit to curb DUI accidents and reduce fatalities. The report notes that alcohol-related crashes account for more than a fourth of fatal crashes. Lower BAC limits would be an effective way to reduce the preventable 10,000 deaths that occur each year in drunk driving accidents, the researchers say.

You can still be pulled over and even charged with a DUI, regardless of your blood alcohol concentration. You do not need to have a BAC above the legal limit to be charged or convicted.

Instead, the BAC is just one of the types of evidence that can be used to prove your intoxication.

You can still be charged and convicted for driving under the influence with a BAC below the legal limit if a police officer observes driving behavior that suggests impairment. This is true now and will likely continue to be true even if the laws change.

The Severity of the DUI Problem

New Mexico has long had a drunk driving problem, with more than 1,200 fatalities reportedly relating to drunk driving crashes between 2003 and 2012, according to the Centers for Disease Control and Prevention (CDC). Drunk driving is the largest cause of traffic deaths in New Mexico each year.

This, of course, is just part of the national problem, which claims the lives of more than 10,000 per year.

In New Mexico, a DUI can carry heavy consequences for the offender, ranging from 6 months of license suspension and a short jail term for first time offender up to the lifetime revocation of a driver’s license and as much as 3 years in prison for repeat drunk drivers.

Many people don’t really recognize that a DUI is more than just a traffic violation. It is a criminal charge. It carries criminal penalties, including jail time.

How Do Police Prove a DUI?

A BAC is a crucial piece of evidence in most DUI cases. However, even with a BAC below the legal limit, the police officer can use other evidence to show that you were intoxicated. For instance:

The police are trained to look for evidence of intoxication. You could have a BAC below the legal limit, but if you fail a field sobriety test, smell like alcohol, and are driving erratically, then the police could charge you with a DUI.

When a drunk driver claims a life or forever changes a life by causing a horrific automobile accident, it can be a catastrophe for the injured person who may have been a pedestrian or motorcycle rider and his or her family. The loss of income, the pain, the medical bills, and the confusion that comes with not knowing what to do can all be overwhelming.

Lowering the BAC limit will not stop all drunk driving accidents. While it may be a constructive step to reduce the DUI offenses in New Mexico, people will still get behind the wheel after having too much to drink.

The fact is, a lower BAC limit would lower the number necessary for the police to prove presumptive intoxication. A driver with a blood alcohol concentration exceeding the limit is presumed under the law to be intoxicated.

Regardless of whether New Mexico ultimately follows Utah and other states that are considering lowering the BAC level, it will still illegal to drive while impaired by alcohol or dugs. The police can still pull you over if they suspect you are intoxicated, and you can still be convicted of DUI, regardless of the BAC level.

The best bet is simply to avoid drinking and driving.

Attorney Bert Parnall, who serves as a spokesperson for the Mothers Against Drunk Driving in New Mexico, appeared on KOB television recently to discuss the issue. Parnall said the MADD New Mexico takes no position on lowering the blood alcohol level from .08% BAC to .05%.

Parnall said MADD is supportive of more aggressive enforcement of the existing drunk driving laws in New Mexico, including sobriety checkpoints, used of ignition interlock devices and more officers on the road enforcing the laws.

Alcohol-related accidents are more prevalent at certain times of the week. Almost twice as many alcohol-related traffic accidents occur on weekends as compared to weekdays, according to MADD.  In 2016, 30 percent of drivers involved in fatal accidents at night were intoxicated, compared to 10 percent during the day.

If you have been injured by a drunk driver in New Mexico, you should immediately get medical attention. Next, contact Parnall Law Firm to schedule a free consultation to discuss your case. Our understanding attorney can explain your legal options and guide you on your path to recovery.  You owe it to yourself to talk with a lawyer before accepting any settlement offered by another driver’s insurance company. The settlement may be far less than the case is actually worth. Don’t trust the insurance company to do the right thing.

At Parnall Law, we are committed to helping victims of drunk drivers and holding intoxicated drivers accountable in New Mexico. Attorney Bert Parnall serves on the MADD State Advisory Board and has been a media spokesperson for the MADD chapter in New Mexico. We aggressively fight for our clients’ rights and never take a legal fee unless we recover compensation for our client. The initial consultation is free.